skip to main | skip to sidebar

According to Wikiipedia, "partwork" is a written publication released as a series of planned magazine-like issues over a period of time. Issues are typically released on a weekly, fortnightly or monthly basis, and often a completed set is designed to form a reference work on a particular topic. 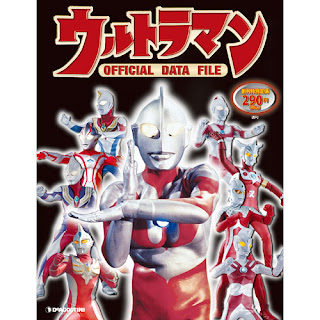 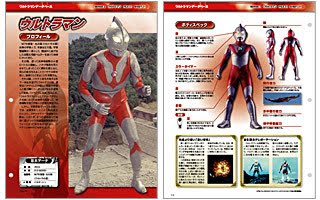 On September 29, they will start another great series, which we Tokusatsu genre fans should be all crazy about, "Toho Tokusatsu Movie DVD collection".

Every other week, DeAgostini Japan will release a magazine with a DVD of Toho Tokusatsu movie. The magazine contains a story outline of the movie, pictures from the production sets, Kaiju data and actors' profile etc. It also has a special written commentary by Mr. Kohji Kawakita, SFX director. 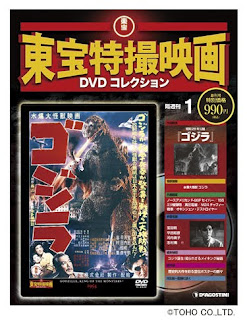 DVD, Japanese region code 2 format, contains a full version of the original Japanese release movie, but it does not have any special features like commentary or trailers.

The price (about $21) is not cheap for a DVD, but, considering the contained materials (magazine), I should say it will be worth buying if you have a budget. Maybe, it would be wise to buy a couple of issues first to see if the materials in the magazine is worthwhile.

You can subscribe the series if you order through DeAgostini Japan's web site, but, the problem is.....

THEY ONLY DELIVER THE DVD MAGAZINE IN JAPAN !!!!

For the fans outside of Japan like myself, DeAgostini Japan says, if you have a major Japanese book store like Kinokuniya nearby, you may be able to ask them to order the series from Japan.
投稿者 totorom 時刻: 5:19

totorom
San Francisco Bay Area, California, United States
I was born in Japan and grew up there watching Tokusatsu TV shows/movies of 60's/70's. I still love Japanese Tokusatsu in that golden era. I will post the news about the genre and my thoughts on the movies/shows. My goal is to become a "bridge" between the fans in US and Japan. 米国サンフランシスコ在住の特撮マニア。 米国の専門誌【G-FAN】にインタビュー記事を中心に寄稿中。 日米の特撮ファンの“架け橋”になることを目指しています。